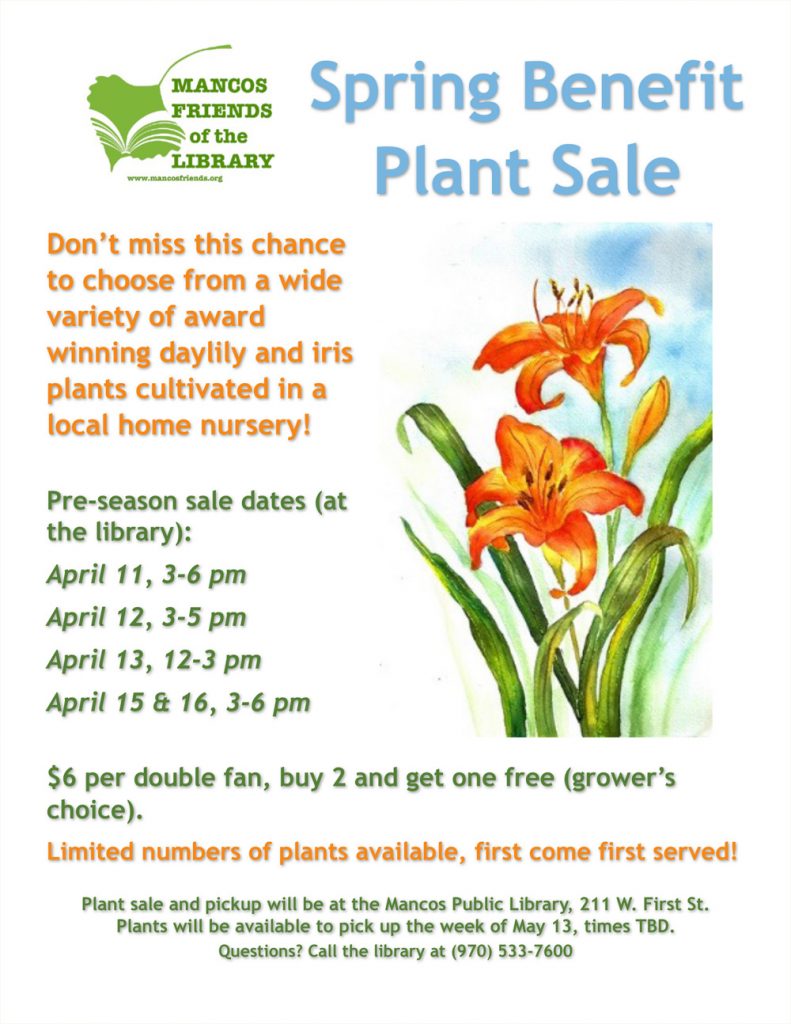 2. Minutes from previous meeting approved as sent out.

3. Guest requests  (inspired by Shari Dunn who patiently waited until the end of our  meeting) — none

6. Financial report.  Deposits for August were for sales of Englehart posters and cards, Mancos Days book sale ($759 net), Nature’s Oasis donation, memberships, and a $75.00 check from Colorado State Treasury for unclaimed property.  Withdrawals were for the summer reading program, reimbursement to Silvia Fleitz for ice cream purchase for the social, and the honorarium for Harvey Leake’s lecture.  Dana reported that she had recently sold an Englehart print, which will be reflected in September’s report.  Laurie remembered that she had written a check for $10 as a report fee to the Colorado Secretary of State which had not been entered into the current report, effectively altering the final balance.  Therefore, the financial report was approved as amended to state an August final balance of $10,325.36.  The amended report will be handed out at the October meeting.

7. Librarian’s report.  (See report for details)  Lee stated that the shade sales were not holding up well for the outdoor classroom and will need to be replaced with something sturdier.  Parenting classes have been popular and will include in the future courses on home schooling, early childhood development, and a story time group. There has unfortunately been some vandalism against the library and environs, and the town marshal knows who these people are but has yet to catch them in the act.  The broken glass on the announcements structure by the front door will be paid for by the guilty party as soon as the rail holding the glass can be replaced.  The Board suggested that Lee contact some glass installers in the area to obtain this item.  Lee also reported that the Gallagher Amendment has not impacted the library as severely as once envisioned due to increased property tax values.  Additionally, the state legislature will be looking into the amendment in future sessions.

8. Membership chair vacancy.  Amy has been second VP and membership chair for three years, but is willing to serve another three years.  Other Board positions will also need to be looked at during the October meeting to find out which board members may be termed out and a new slate of officers installed.  Wayne Wooley is willing to serve on the Board.

Donor bench update — DONE!!  The plaque has been affixed to the table and Brad has been paid.

Books on sale in the library.  Joan Brindamour just restocked the shelves, and sales are doing well.

A storage shed for snowblower and gasoline other than the Zircon.  Lee reported that this project is still in the works, although he has not yet heard back from the town administrator on whether a shed will be allowed behind the library.  Lee wants to make sure the shed would be rodent proof, which would probably entail a concrete pad, thus increasing the costs.

Upcoming presentations this fall — Shari, Dana, Kathy, Julie, Jenny, and Ryan are all working on various projects for the community.  Dana said that the Christmas wreath-making class will again be featured, and she asked whether Friends wanted to put on a Christmas book sale again.  There are plenty of books available and the setup would be the same as last year, i.e., holiday crafts in the community room and the books for sale placed around the perimeter.

Amy reported that the first-ever joint effort of the library with Mesa Verde’s artist in residence program was a success.  She reported that six people attended the writers’ workshop and outside activities at the library, conducted by Rick Kempa.  The joint venture will continue next year.

Your cart is empty
Visit The Shop